Meets the second Thursday of each month at 5:15pm (unless noted). 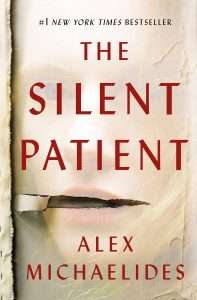 “A kidnapped little girl locked in a stranger’s van. No help for miles. What would you do?

On her way to Utah to see her dying mother, college student Darby Thorne gets caught in a fierce blizzard in the mountains of Colorado. With the roads impassable, she’s forced to wait out the storm at a remote highway rest stop. Inside are some vending machines, a coffee maker, and four complete strangers.

Desperate to find a signal to call home, Darby goes back out into the storm . . . and makes a horrifying discovery. In the back of the van parked next to her car, a little girl is locked in an animal crate.

Who is the child? Why has she been taken? And how can Darby save her?

There is no cell phone reception, no telephone, and no way out. One of her fellow travelers is a kidnapper. But which one?

Trapped in an increasingly dangerous situation, with a child’s life and her own on the line, Darby must find a way to break the girl out of the van and escape.

But who can she trust?”

Pick up your copy at the Circulation Desk. Generally, large print and audiobooks are also available.

Meets the fourth Monday of each month at 10:30am (unless noted). 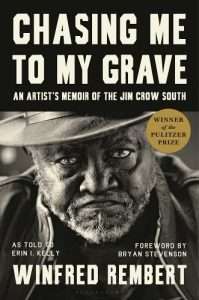 February’s Selection: “Chasing Me to My Grave” by Winfred Rembert

“Winfred Rembert grew up in a family of Georgia field laborers and joined the Civil Rights Movement as a teenager. He was arrested after fleeing a demonstration, survived a near-lynching at the hands of law enforcement, and spent seven years on chain gangs. During that time he met the undaunted Patsy, who would become his wife. Years later, at the age of fifty-one and with Patsy’s encouragement, he started drawing and painting scenes from his youth using leather tooling skills he learned in prison.

Chasing Me to My Grave presents Rembert’s breathtaking body of work alongside his story, as told to Tufts Philosopher Erin I. Kelly. Rembert calls forth vibrant scenes of Black life on Cuthbert, Georgia’s Hamilton Avenue, where he first glimpsed the possibility of a life outside the cotton field. As he pays tribute, exuberant and heartfelt, to Cuthbert’s Black community and the people, including Patsy, who helped him to find the courage to revisit a traumatic past, Rembert brings to life the promise and the danger of Civil Rights protest, the brutalities of incarceration, his search for his mother’s love, and the epic bond he found with Patsy.

Vivid, confrontational, revelatory, and complex, Chasing Me to My Grave is a searing memoir in prose and painted leather that celebrates Black life and summons readers to confront painful and urgent realities at the heart of American history and society.”

Pick up your copy at the Circulation Desk. Generally, large print and audiobooks are also available.